It is the 100th anniversary of the birth of author Roald Dahl this year, and tying in nicely is the release of a new movie adaptation of his novel The BFG. Directed by Steven Spielberg and written by the late Melissa Mathison (who also wrote the screenplay for ET: The Extra Terrestrial), the movie stars Mark Rylance as the Big Friendly Giant, 12-year-old newcomer Ruby Barnhill as orphan Sophie, Penelope Wilton as The Queen and Rebecca Hall as queen’s maid Mary.

Spielberg and Rylance had already worked together on the 2015 drama Bridge Of Spies (for which Rylance won an Oscar). “Steven asked me to read the script [of The BFG] on the first day on set of Bridge Of Spies,” Rylance remembers. “I didn’t realise he wanted me to be in it, I just thought he wanted my opinion on the script!” 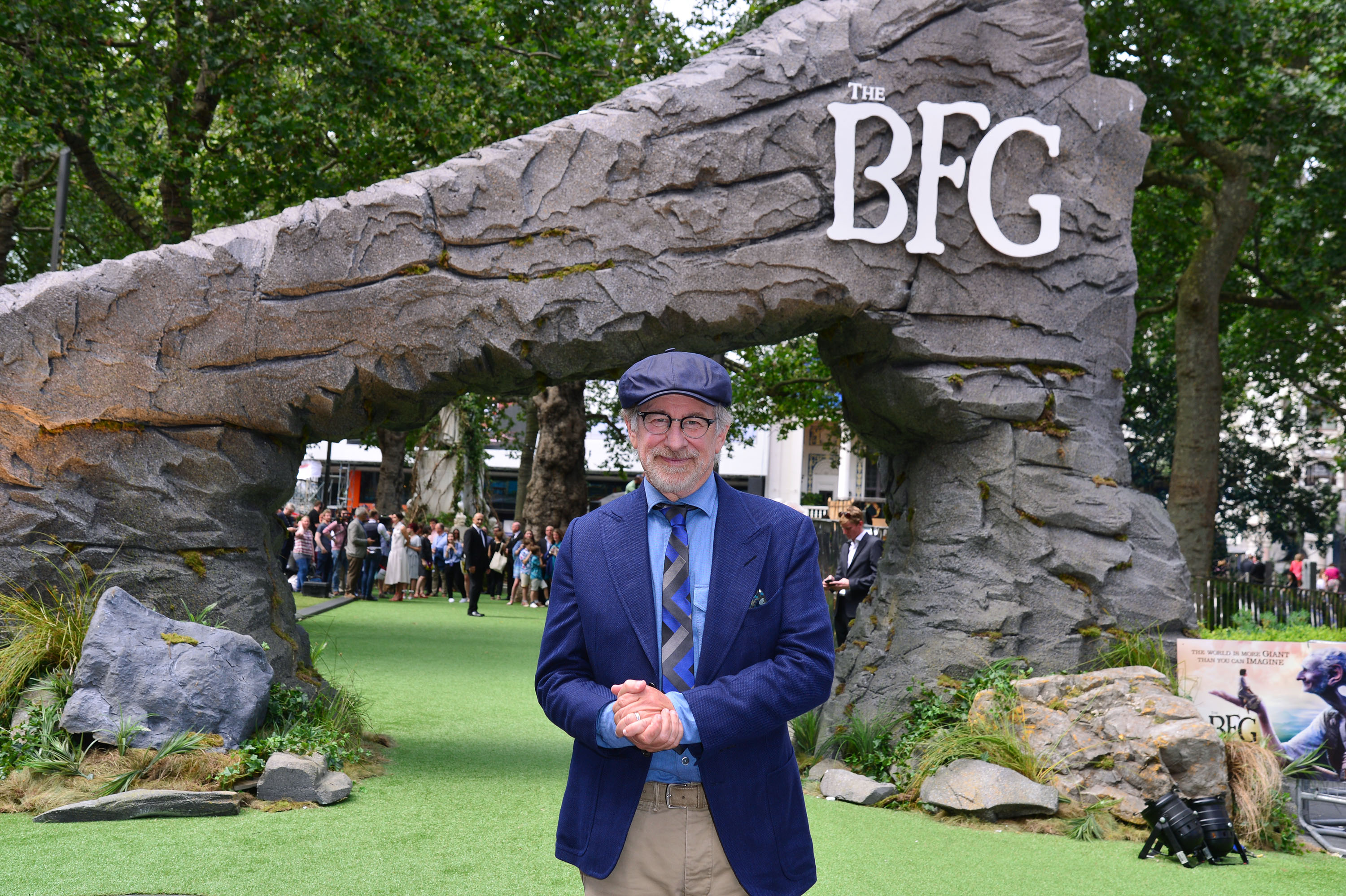 Rylance admitted that he hadn’t read Dahl’s novel before accepting the part, and he wasn’t the only one – his young co-star hadn’t read it either. “All my friends had told me to read The BFG because I liked Roald Dahl. Then I decided to audition for the movie, and my dad said: ‘you’ve read the book, haven’t you?’ and I said ‘no’! He said I really should, so I quickly read it before my first audition,” laughs Ruby Barnhill.

“I was more familiar with Charlie And The Chocolate Factory,” Spielberg adds. “But I read The BFG to my kids and remember reading it to my first child years ago. I didn’t see it as a film back then, though, I saw it as a way to popularise myself with my young family!” 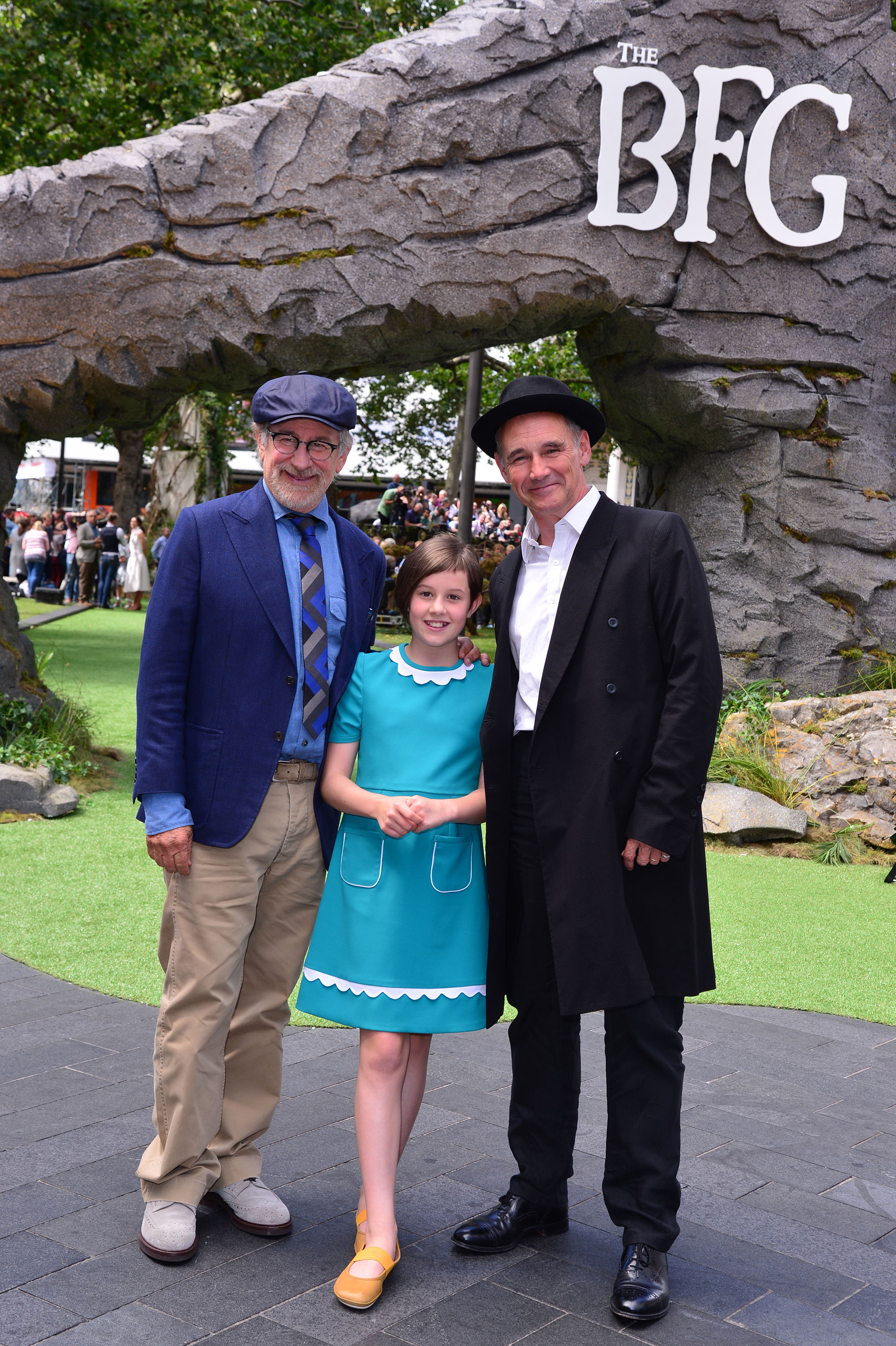 Having crafted family movies like War Horse, ET: The Extra Terrestrial, and the Indiana Jones films, Spielberg was the perfect person to turn the story of a little girl and her giant dream-catching friend into a live action adventure. Seventy years old this year, the director and producer hasn’t lost his love of making movies and watching them himself. “I love suspending my disbelief like everyone else [when watching a film] and forgetting everything I know about how a movie is made. So I don’t think about where they have put the camera, how it is lit, how it is made, I watch and enjoy a movie just how everyone else in the audience does.”

At an age when many directors may be thinking of thinking of retiring, Spielberg is – luckily for us – showing no signs of putting down the camera and counts filmmakers such as David Lean (who directed until the age of 76), Akira Kurosawa (who directed until he was 83) and Frank Capra among his heroes. “I have seen the one thing that happens when directors get older is that they still have the passion, they still have the determination to tell stories but because of their age, the people who do the hiring look at you as a relic from the past,” he continues. “In fact, one of the reasons I started Dreamworks [his film studio] was that I was saying ‘I am not going to be the relic of the past! If I have to form a studio to keep working, by god, that is what I am going to do!’”

He laughs. “So I am happy I can keep working, I love what I do, I love telling stories and working with great actors.” 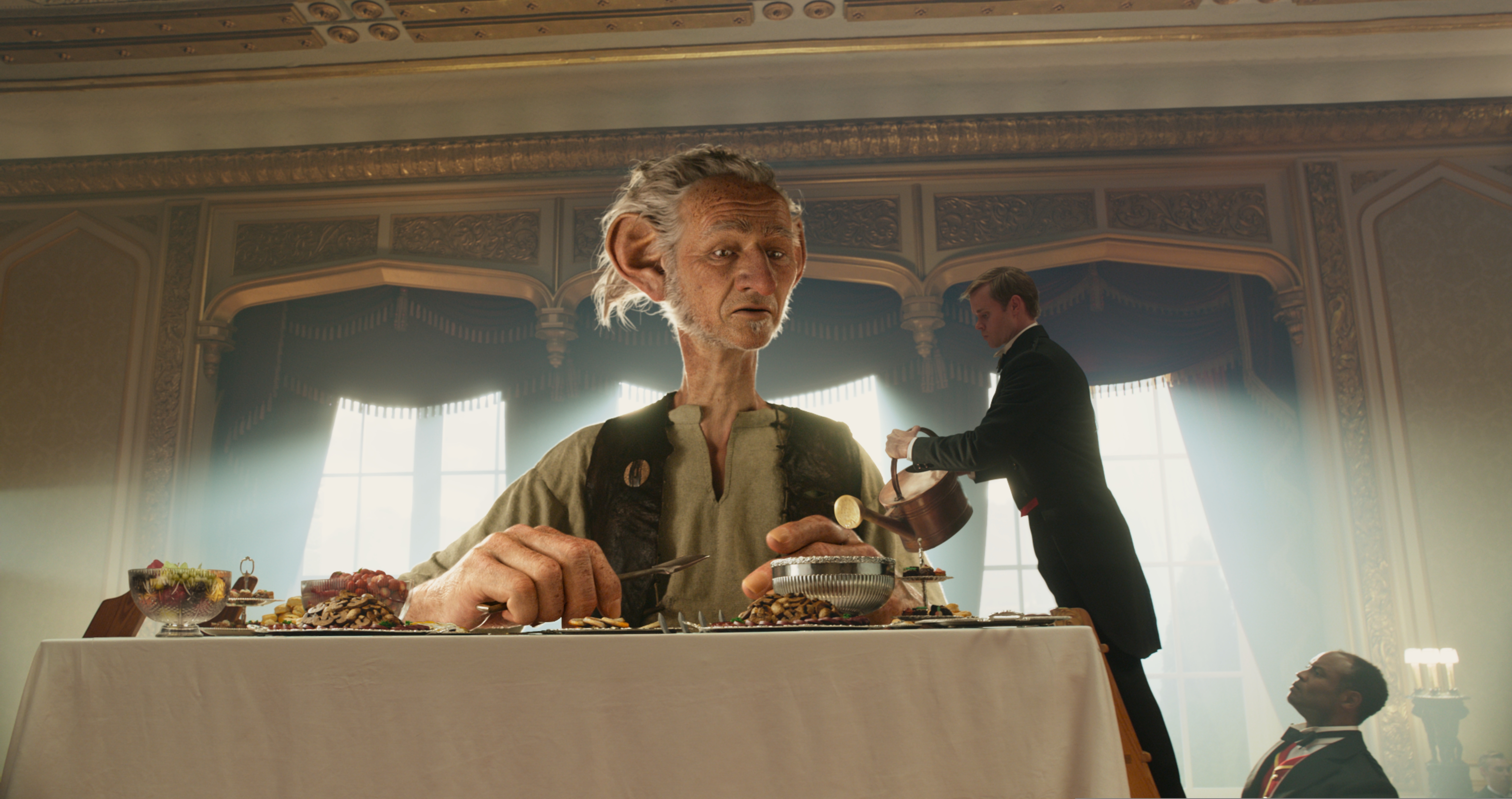 Of course, much has changed since he first started making movies (it’s a jaw-dropping 41 years since his first big hit, Jaws, opened in cinemas), especially the technology filmmakers now have at their fingertips. “Before the digital revolution you needed to use your imagination to be able to craft an illusion that the audience would accept as real,” he notes. “Even a movie like 1953’s The War Of The Worlds, where you clearly see all the wires on the flying machines, the audiences back then were able to see the wires but forget them – and were terrified when the aliens were invading America in the movie.”

“With the digital revolution today there is no limit to anyone’s imagination, you can literally put anything on the screen. Illusion is gone – we don’t have to use practical magic to make you believe something because we have digital effects.”

Spielberg smiles. “Hopefully the success of The BFG is not just measured by its heart and the relationship between Sophie and BFG. I hope by twenty minutes into the movie you’ll think Mark’s 25 foot giant is real, and everyone forgets that there are special effects involved at all…”

New trailer for The BFG